DATAVLT is an affordable, innovative, on-demand, data analytics platform, secured by Blockchain technology, that has been designed to provide users with integrated and correlated insights. Backed by artificial intelligence and machine learning capabilities, this platform empowers enterprises to make meaningful sense of big data and scale cost efficiently. Essentially, DATAVLT is an end-to-end data/information management platform. 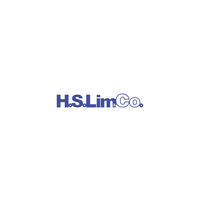 H.S Lim & Co is a Chartered Accounting firm which has been operating since 1981.

We work with our clients to provide customised solutions to suit their business requirements.

BCoin is an all-encompassing cryptocurrency service platform for the new tokenized economy. As an exchange, BCoin comprises of OTC Services, Fiat-Crypto Gateway and Cryptocurrency Trading Platform.

Aside from its core service, BCoin also seeks to provide a cohesive space for both new and seasoned individuals within Asia. BCoin is committed to bringing cryptocurrencies into mainstream adoption in the near future, by prioritising and spearheading blockchain educational initiatives. 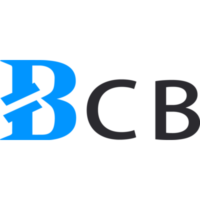 Building Cities Beyond (BCB) Blockchain (BCBGlobal) is the foundation required for building smart city solutions. With BCB safe, secure and scalable protocol, the APIs are ready for use for the development of a variety of distributed applications, such as eWallets and BCB card payment system in over 100 countries, that has the ability to integrate cryptocurrency and bank transactions into one card, smart contracts, messaging peer-to peer applications and allow ICO issuers to release tokens on BCB protocol.

Wirex is a UK-based, FCA-licensed global leader in digital money solutions for individuals and businesses. The borderless payment platform is built on state-of-the-art technology that integrates both cryptocurrencies and traditional fiat money to facilitate the everyday spending needs of individuals and businesses.
Wirex was the first company in the world to bridge the gap between digital money and traditional fiat money by making cryptocurrencies spendable via the contactless Wirex Visa card. This industry-first allowed people to spend their crypto in everyday shops, restaurants, travel and withdraw money from ATMs anywhere Visa is accepted.

In February 2019, Wirex launched the industry’s first business account that allow companies to buy, sell, exchange and make payments using cryptocurrencies and fiat money on one platform in the name of their legal entity. This is another example of a Wirex world-first and illustrates the way that we are pushing boundaries and bringing the tokenized economy to the masses.

Perx is an AI based customer engagement and loyalty platform that enables businesses of all sizes to acquire, engage and reward their customers, intelligently and contextually via real-time, predictive insights. Perx’s enterprise app offers easy and convenient ways to its users to earn rewards through points, chops, or stamps from different merchants across Singapore. It also enables users to discover and locate the best rewards around them ranging from everyday purchases, overseas adventures, or beauty therapy. Genaro Network, as the creator behind the blockchain 3.0 concept, aims to contribute to blockchain infrastructure technology development. The Genaro Network is the first Turing Complete Public Chain + Decentralized Storage Network， to provide blockchain developers a one-stop solution to deploy smart contracts and store data simultaneously. The Genaro Public Chain uses PoS (Proof of Stake) as consensus, and creatively uses the SPoR (Sentinel Proof of Retrievability) algorithm as its storage consensus, which could increase both public chain scalability and file transferring speed.

Moreover, Genaro applies game theory to a sharing economy business model, thereby establishing a fairer rewards system for nodes. Meanwhile, Genaro provides end users with a private, efficient, economic, secure and permanent storage space and sharing community. As a member of Chainbase / Wanxiang, Genaro has attracted support from seven famous blockchain foundations, including BlockAsset, a subsidiary of Fenbushi Capital. Genaro is the revolution to move from “Cloud” to “Blockchain”! We believe that only when a blockchain is able to store and analyze big data in the real world can DAPPs be as useful as Internet APPs. 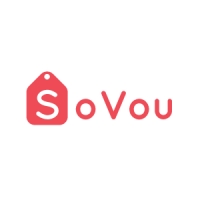 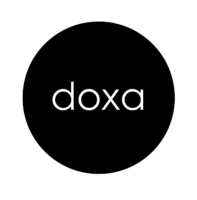 A Fintech setup leveraging Blockchain, Microservices, Cloud Computing and AI, we’re building an enterprise SaaS platform for SMEs that will revolutionalize the connectivity between buyers and suppliers in their supply chain transaction process, and through that facilitates and accelerates supply chain financing. 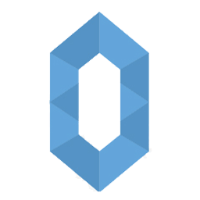 Indorse is a skill-based professional network, powered by blockchain (ethereum) technology, where users have complete ownership of their data. The users get paid by contributing their skills and activities on the platform. The company allows the users to showcase their skills on the network, which are first confirmed by the blockchain and then endorsed on the platform. The users are paid for their contributions with Indorse’s tokens.

We are a Recruitment, Training and Consulting company specialising in Financial Services and Technology covering both traditional financial services and FinTech companies.

Our key strengths come from the fact that:

QUOINE is a leading fintech company that provides trading, exchange, and next generation financial services powered by blockchain technology.
With offices in Singapore, Japan, and Vietnam, QUOINE combines a strong network of local partners with extensive team experience in banking and financial products to deliver best in class financial services for its customers.

AsiaCollect is a Pioneer in Integrated Credit Management Services in Emerging Asia, we help our clients maximize efficiency of consumer Non-Performing Loan management at all stages of delinquency through an integrated suite of sophisticated CMS Services: CMS outsourcing, CMS Advisory, Debt Purchasing and Software as a Service.

We are involve in blockchain , online to offline, fintech

Argus specializes in regulatory compliance and provides objective insights, subject expertise and a simple approach to compliance matters.We are experts in the financial regulatory regime and collaborate with several technologies companies. We are keen to ensure the sustainability of the financial sector through the appropriate implementation of regulations around fintech.